In the early 70’s my father, Don Weninger, started drilling water wells in Wichita. He drilled both domestic and 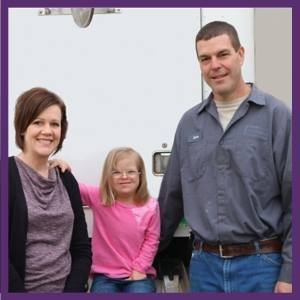 large irrigation wells as Weninger Irrigation.  During the middle 70’s Don and his brother Jerome were in business together.  By the late 70’s Jerome split off to create Weninger Drilling and focus on the residential market.  Don kept working in the Wichita area, drilling wells and installing agricultural pumps until his untimely death in 1983.  For the next three decades, Jerome and his sons ran Weninger Drilling.

In 1997 I spent the winter fixing up my father’s old rig and went on to drill twenty irrigation wells my first year.  In the mid-2000’s I started doing Wichita area well drilling, repair and pump service.  At that time, I changed my name from Weninger Irrigation to Premier Pump and Well Service.  After running Premier for 20 years I transferred ownership to my two long-time employees Jerad and Allen Stroot.  In January of 2018, I started East Wichita Well and Pump Service to drill with an air rig in the rocky formations where a mud rig has its challenges.  We also offer low carbon footprint geothermal well drilling and well water testing to Wichita and the surrounding area. Our water wells produce natural, unprocessed, raw water.